Cognitant empowers people to take control of their health through deeper understanding of their conditions and treatment. Experts in the production of innovative health information and experiences, Cognitant applies use of visual, immersive and interactive formats to drive changes in patient behaviour and outcomes.

Cognitant is also the power behind Healthinote, the go-to source for trusted health information. Healthinote enables healthcare professionals to optimise patient care through the sharing of ‘information prescriptions’ and already connects over 3,000 practices with over 30 million people in the UK.

Cognitant already had an early-stage version of the app on the market, and their initial requirements were for a new UI design and pattern library that would work for both a native (iOS) app and new progressive web application (PWA) version that could be accessed via a standard web browser (on a desktop).

The Healthinote app contains a large volume of VR and video content, but existing user feedback from patients was that some of the content was overly clinical and actually put them off using the app.  Likewise, as patients often experience anxiety when seeking health information, as part of the new UI design we also recommended a ‘3D character’ to help provide a more reassuring, productive and positive experience.

Finally, as Cognitant wanted to reuse the design elements used in the app across their other digital assets (such as the company’s website, social media, etc), a pattern library was needed. This would also ensure that the design would translate and maintain credibility as the App’s user base becomes increasingly global.

With this in mind, we set out to create not just a more modern, flexible, and welcoming user interface, but also a more accessible one for both practitioners/health professionals and patients alike.

What we did for them

As an iOS version of the Healthinote app had already been adopted by a number of users and a UX consultant had already undertaken some usability testing, user feedback was already available to help guide our UI design decision making.

Without the need for a dedicated UX design phase - and working on a retainer basis as an extension of Cognitant’s internal team - we delivered a complete design overhaul of the existing iOS app - and provided resources to aid the Cognitant developers to develop the new PWA/desktop version -  within 6-months, including:

When Cognitant first approached us with their requirements, they already had a basic Healthinote logo that had been used to influence the first iteration of the App. However the brand identity they had didn’t quite translate well onto digital and needed refreshing.

Although they were keen to jump straight into redesigning the UI and compiling the library of components that would result from that redesign, we first recommended addressing the brand identity as well as some of the accessibility issues we saw on the app before going any further, as this would set the direction for everything else that was to follow.

As part of the visual identity redesign we suggested a new (blue) colour scheme that was also more commonly associated with ‘healthcare’ - therefore increasing the level of trust users would have in the app.  A new orange hue was also introduced as an accent - introducing a strong secondary colour whilst at the same time providing a nod to the original brand colour.

This new complementary colour combination now only allowed us to create bolder UI designs later on, but also enabled us to get the right balance of compliance with the new NHS Digital Technology Assessment Criteria (DTAC) whilst maintaining usability and design integrity in line with Cognitant’s own minimum accessibility requirements (AA).

We also took the opportunity to suggest a refinement of the Healthinote logo to make it more modern, flexible, and  in line with their offering. The goal of the logo is to better serve its digital application (as an app icon) and to better align with the values and overall experience that Cognitant wants users to associate with the Healthinote brand.

New logo design on the right

Cognitant were keen to see how the app would look with the new brand applied, some UI mockups were created to show how the user interface design would change.  We also provided recommendations on how to apply the new colour across different aspects of the app. These design comp of the module detail pages worked as a direction setter for the rest of the UI.

Having worked closely with their UX consultant to understand and re-design new user journeys across the app, we were then able to create further high-fidelity designs that included specific content for the core pages.

As Cognitant were very keen to see the new interface designs, we started looking at the UI early in this project compared to others.

Some of the challenges we faced with this part of the design were: 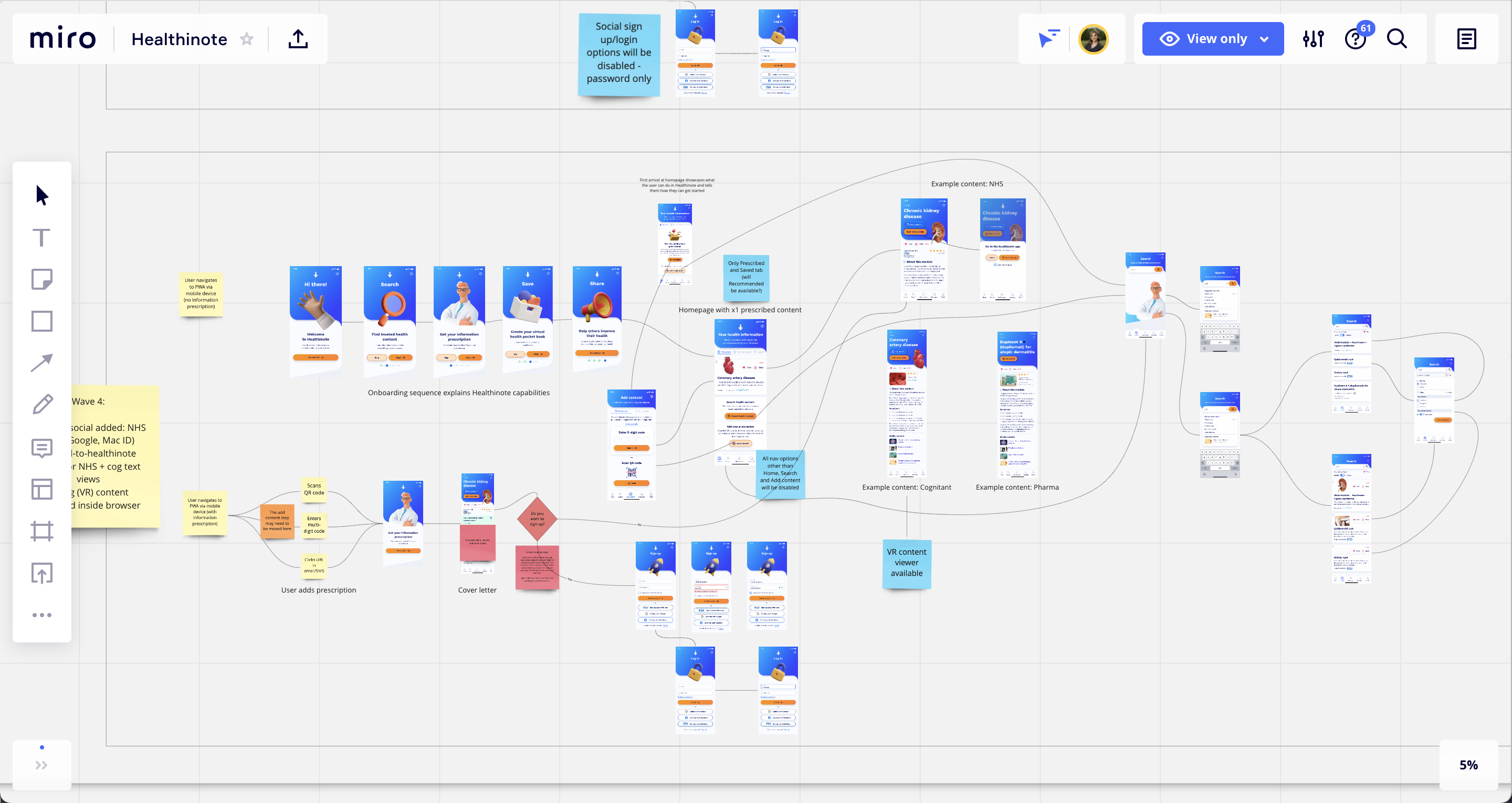 At this stage, we also recommended replacing the clinical image and video  approach in the original app with a new illustrative design.  This new stylised approach met the re-brand requirements, whilst also allowing imagery to remain ‘representative’ without being too ‘cartoonish’ - so it looked real without being too real. During user testing users pointed out that the new direction for clinical images was much less ‘scary’.

We thought  of introducing some form of character that acts as a guide for users through the app. This would make the experience more friendly and welcoming to new and returning users.

To ensure that the character would be seen as ‘credible’ and ‘relevant’ to the app, we recommended the use of a human character (rather than an animal or something more abstract) - this also best matched the requirement for the app to be seen as ‘personable’. We put together a brief and inspiration board to inform this character design

The character would then be used in other areas of the app (for example in the search landing page) to make for a more cohesive experience and to build trust.

With the new visual design characteristics finalised and some of the main pages completed, we then turned our attention to reviewing the information architecture (IA), addressing the issue of users ending up in “dead ends”.  We also introduced a new way for users to ‘Add content’ to their own app library and manage the order this content appeared. 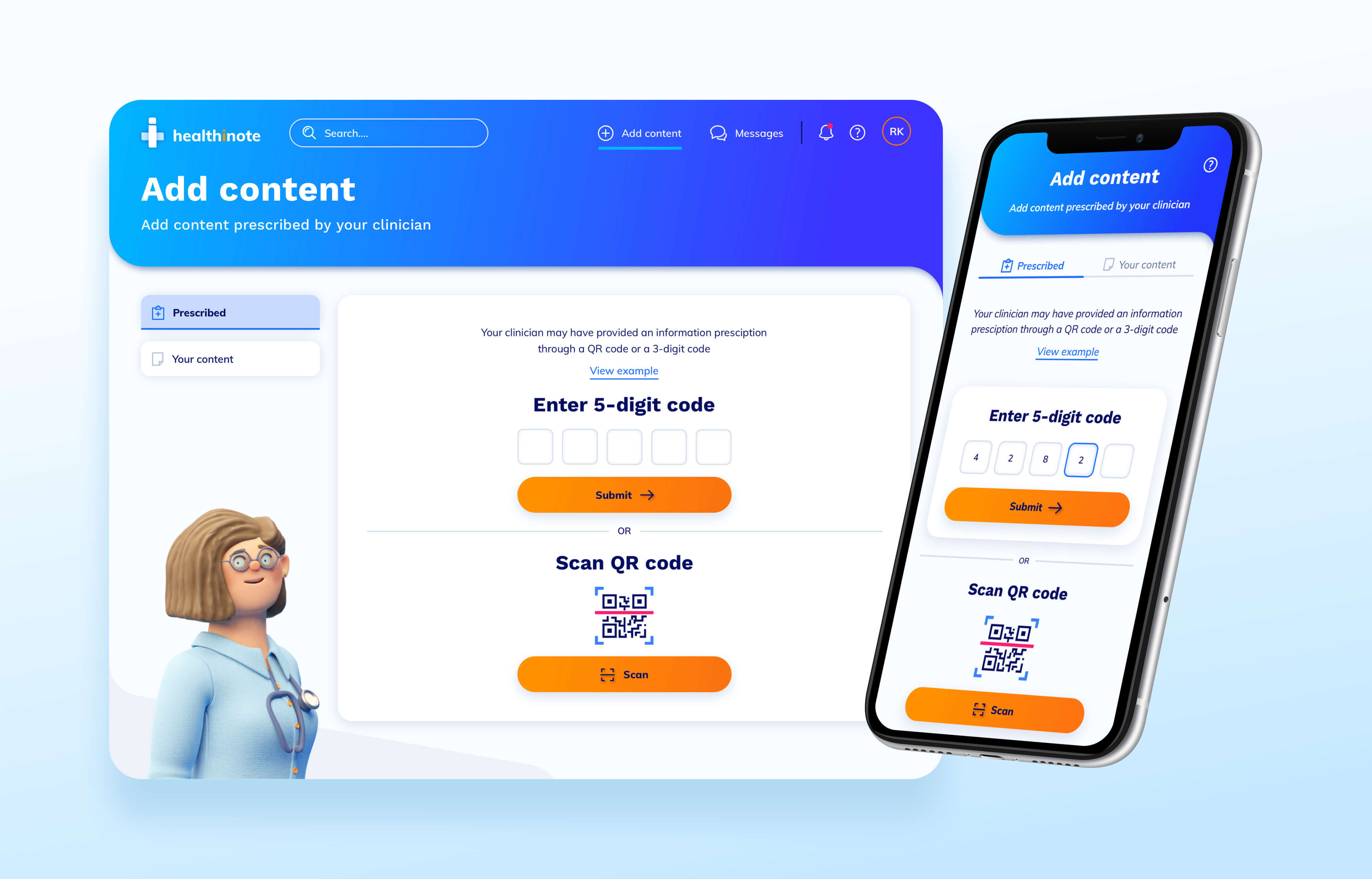 As there were a number of scenarios through which a new user may wish to get started with the Healthinote app (e.g. referral from a GP, recommendation, personal AppStore search), we also and created a number of onboarding screens that would help users find their way around the app when they first started using it  - aligned to whatever their starting point with the app was.

In parallel to the design work itself, we compiled a comprehensive pattern library and style guide which contained detailed information and examples of how to use and adapt the designs we’d use for both the mobile and desktop versions of Healthinote.

This was handed over to Cognitant’s development team in a development hand-off session. The pattern library and style guide would inform and support  the implementation of the new designs for the native and web app - which were being rolled out in phases. This piece of work also ensured they had all the information they needed in order to achieve the same look and feel in their marketing website.

Following the implementation of the new designs, the number of clinicians using the app has increased dramatically from a couple of hundred doctors to over 14,000 doctors across 1,700 practices in the UK now using the service.

Feedback from users has also reflected the improved usability of the app:

The new Cognitant website is now also live and not only delivering a more joined-up brand identity across website and app, but an improved user experience as a whole.

Fruto helped us transform our app into a modern, user-friendly interface. The redesign added the wow factor we were looking for in our branding and product. User feedback shows an overwhelmingly positive response to how personable the new interface is. The UI pattern library “future-proofed” the ongoing development of the platform and set the visual style for our marketing website. 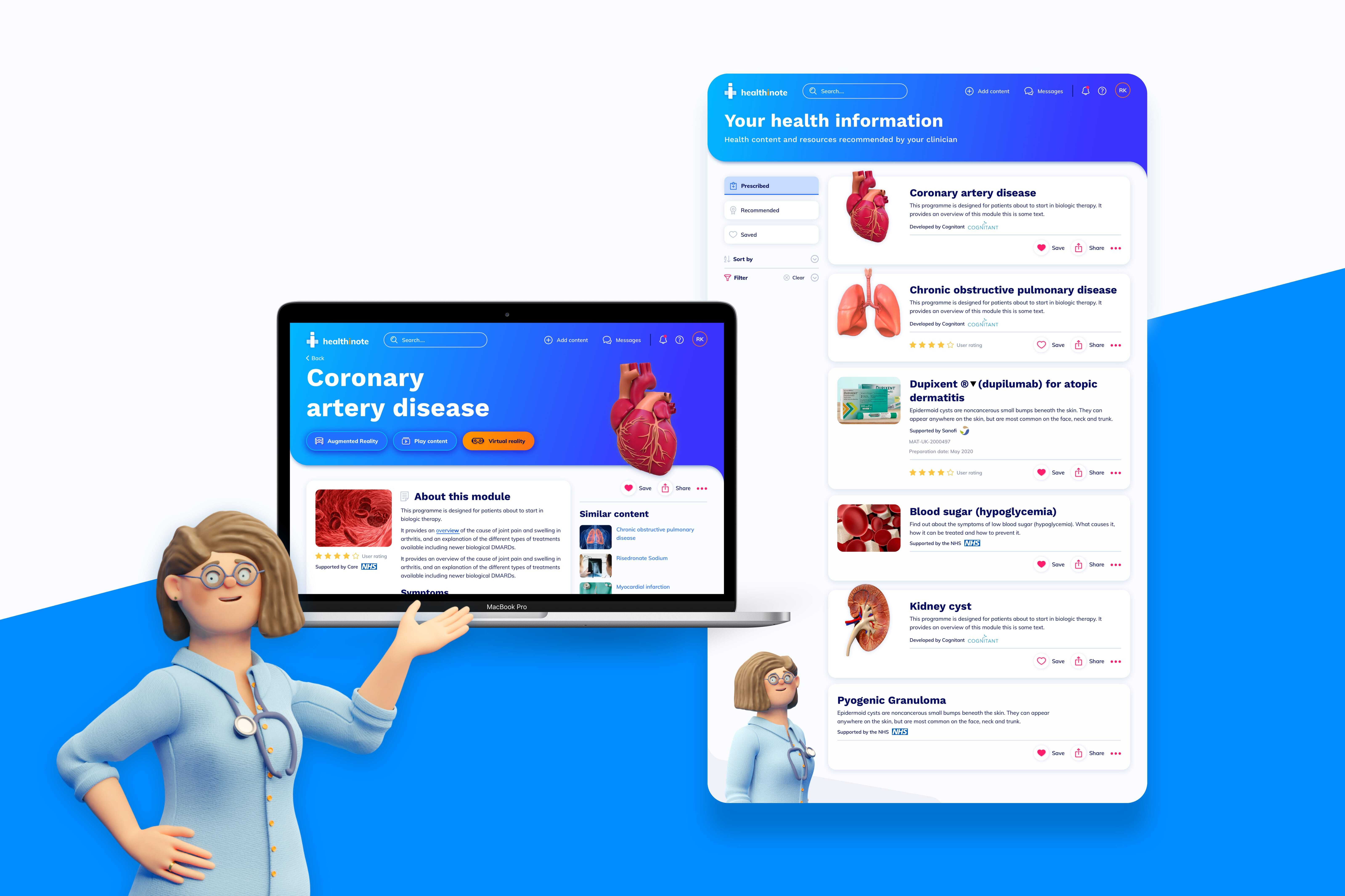 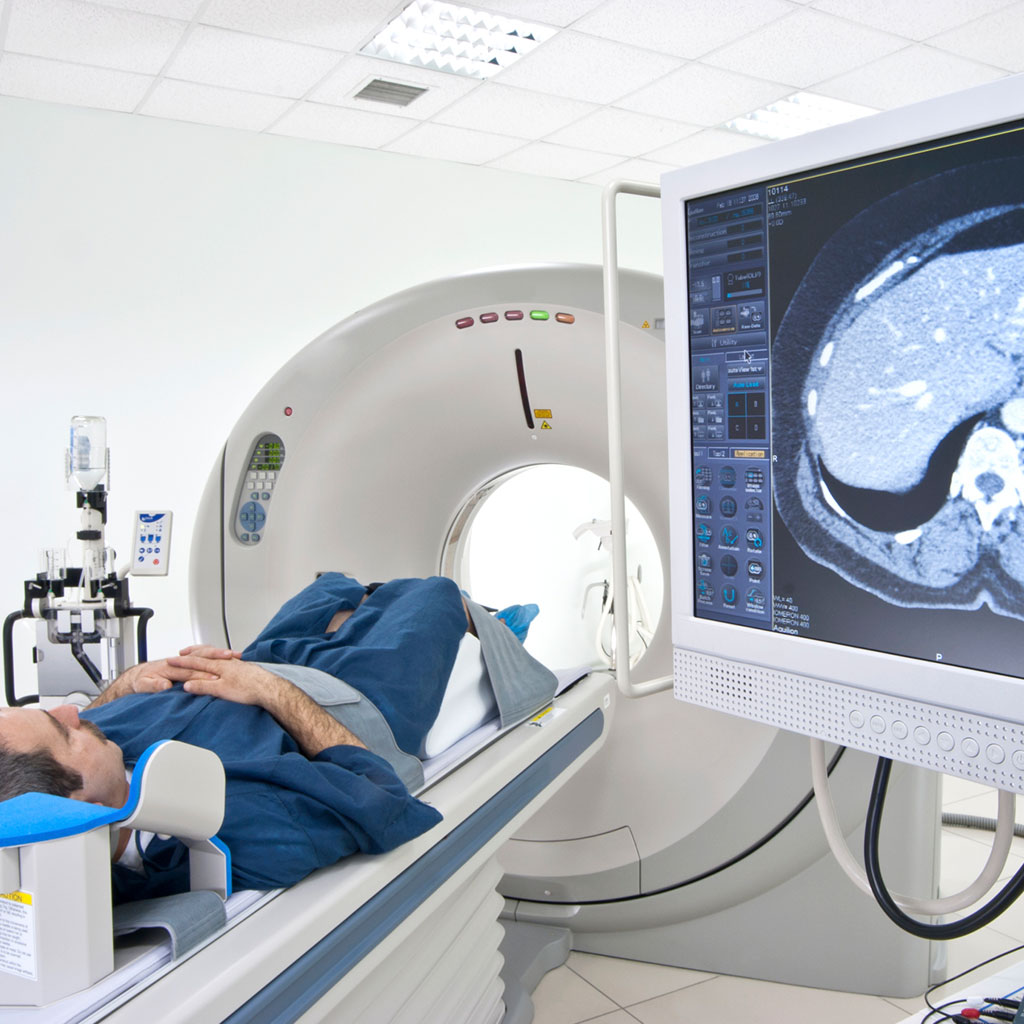 Mirada Medical develops medical imaging software applications that provide simple and accessible solutions to complex image analysis problems in the diagnosis and treatment of cancer and other diseases. 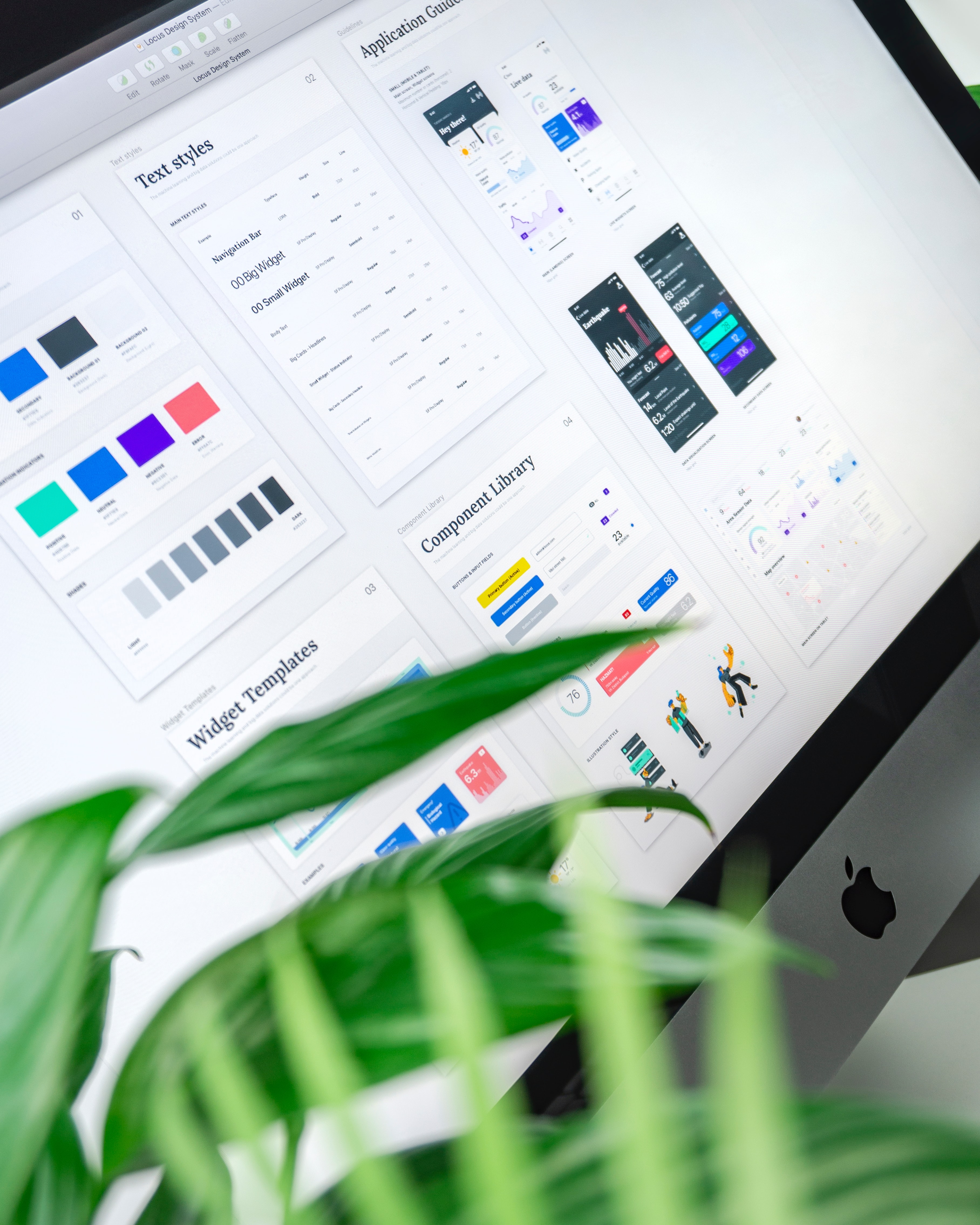 Doctors.net.uk is the UK’s largest professional network of doctors. Following the Discovery phase that we ran with them, we designed a UI Design System that improved the user interface, usability and consistency across their website. The system allowed their design team to have a more efficient workflow. 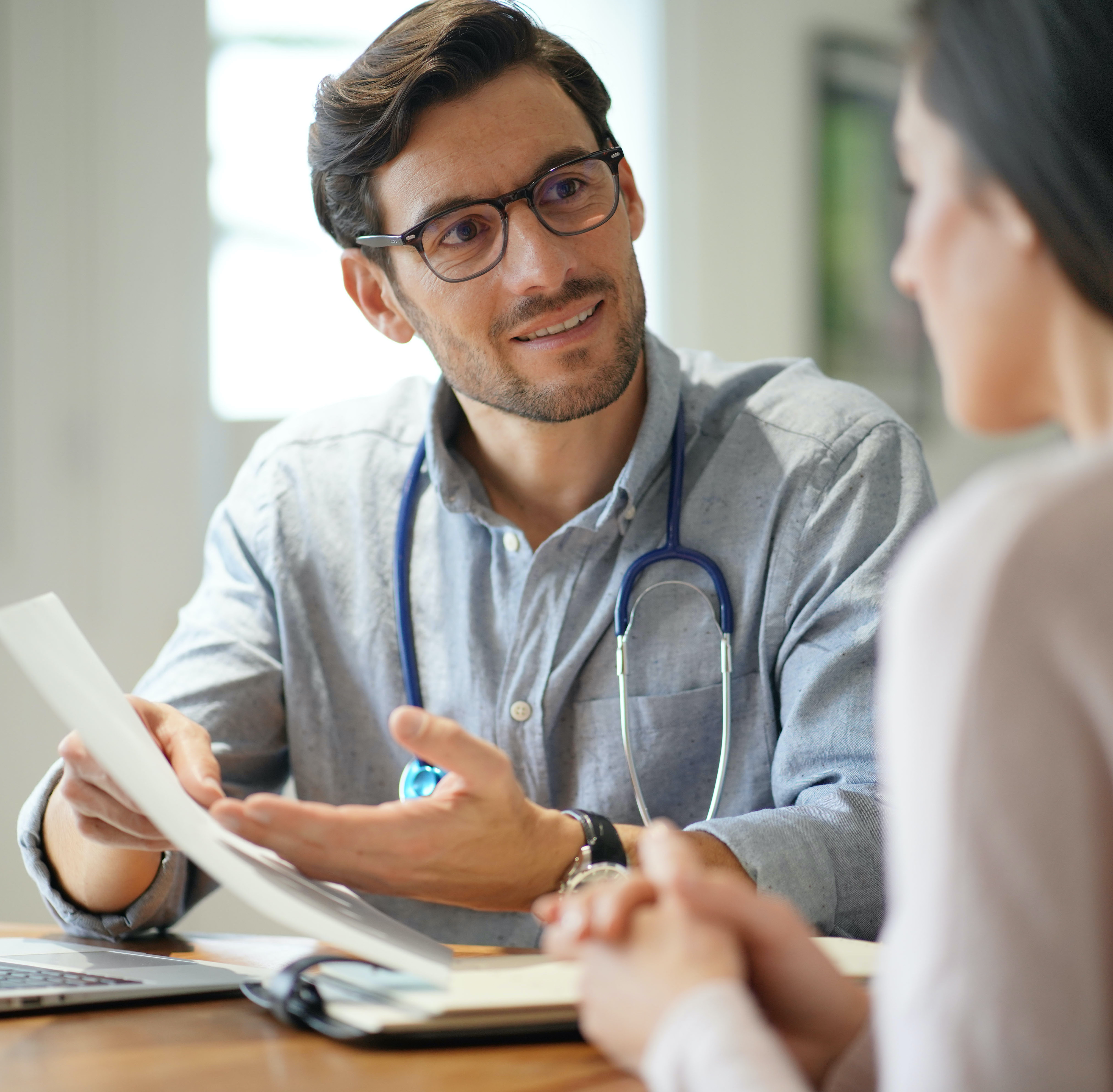 Oxford University’s Nuffield Department of Primary Care Health Sciences are developing a way to help healthcare professionals communicate to their patients the condition of their kidneys (kidney age) and provide them with general information about what kidney age means and how it affects them. We worked with them to translate their printed content into a website.

How can we help?

If you have a project in mind, any questions or if you just want to say hello, get in touch! We'd love to hear from you.